Established in 1927 opened as a dairy farm. In the early years, in addition to selling milk to an agricultural co-op, work horses were used to deliver milk to neighbors buying into a local milk route.

The farm was operates as a dairy until 1966. From 1966-1999 Barden Farm raised livestock primarily beef cattle. The farm also grew vegetables and produced and sold hay.

In 1999 Ed Barden decided to open the farm up to the community. He converted his garage into a self serve vegetable stand during the summer months and began to offer some fall actives such as pick your own pumpkins and hayrides.

In 2001 the popularity of the vegetable stand had began to exceed the capacity of the garage and the new vegetable stand and commercial kitchen space were built by Ed and Anita in the late hours of the night after tending to the farm. This allowed an expansion of the product line to include Anita's famous cut flowers jams, relishes, baked goods, and more.

In 2010 when Cara came back to the farm after studying agriculture at SUNY Cobleskill the farm opened up for New Hartford's first CSA program as an additional way to distribute produce to the community.

The farm continues to welcome visitors and shoppers during the spring, summer, and fall months! 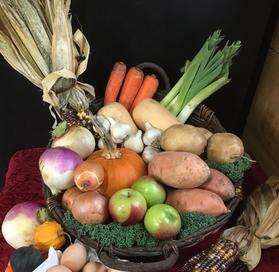 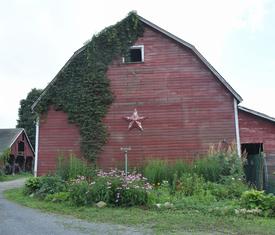 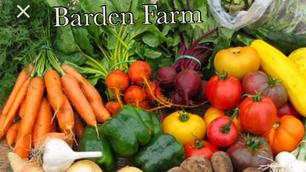